Burlington Public School is in Burlington, Oklahoma. Our school has approximately 133 students in grades Pre-K through Twelfth.

According to the October 3, 1996, edition of the Cherokee, Oklahoma, Messenger and Republican Newspaper, "The first consolidated school in Alfalfa County was organized in Burlington in April 1908. By 1913, it had 150 students and four teachers for an eight-month school. Cost per child was about 18 cents a day."

In 1909 the first school building was built and in 1923 a two story brick building was erected. In 1948 a bond was voted on for a new gymnasium and it was built that year. In 1963 a new modern school was built. In 1968 a new agriculture building was built on the south side of the school property. In 1970 the new kindergarten building was built. A new physical education gym was built in 1975. A new locker room facility and a new agriculture classroom building were built in 2010. In 2013, the community once again showed its support by passing a bond issue that funded the construction of a new Band/Safe Room, Ag Ed shop, and a teacherage, all of which are now complete and in use. In the summer of 2014, the school remodeled the old band room, which was in the kindergarten building, and turned it into a new Pre-K room.

Currently Burlington School has four buildings of classrooms. The main building houses classrooms for grades five and six, special education, all junior high and high school classes except agriculture and band, the library, the superintendent's and principal's offices, the counselor's office, and the auditorium. Another building to the East of the main building houses classrooms for kindergarten, first grade, second grade, and Pre-K. The third and fourth grades now occupy a new modular building to the north of the gymnasium. The agriculture building is across the street to the southeast of the main building. 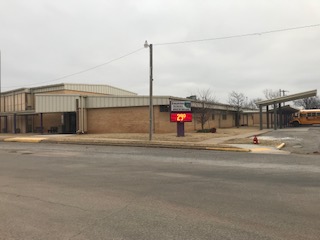 How to sign up for Mr. Bart's School Wide Messages:

To receive messages via e-mail, send an e-mail to cbef5c@mail.remind10.com. To unsubscribe, replay with 'unsubscribe' in the subject line.